A post on the PlayStation Blog earlier today announced that, in addition to being able to stream PS2, PS3, and PS4 games through PlayStation Now, subscribers can now download PS2 and PS4 titles to your PS4 system. Downloaded games will support user-purchased DLC, microtransactions, and add-ons, and will even feature PS4 Pro enhancements on applicable titles. Games played through PlayStation Now also don’t require PlayStation Plus. 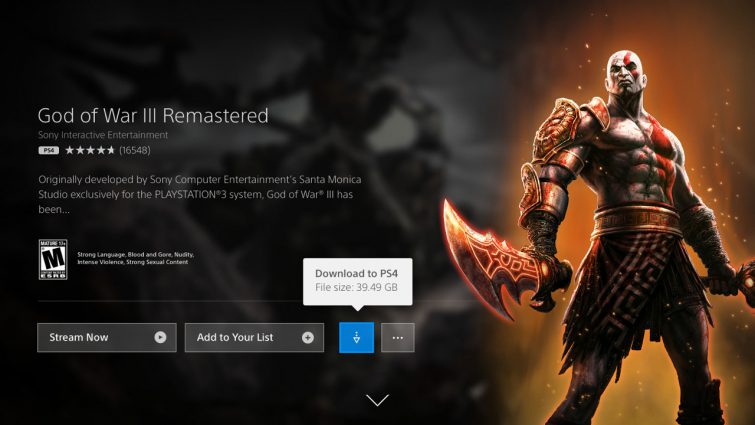 If you’re looking to download a game you’ve been previously streaming and want to keep your save data, you’ll need a PlayStation Plus member ship to do so. You’ll also need to connect to the internet every few days to verify your PlayStation Now subscription if you want to play offline. Some of the highlights of the downloadable offerings include Bloodborne, God of War 3 Remastered, and Until Dawn.

Allowing users to download titles puts PlayStation Now in a similar realm to Xbox Game Pass, but the latter includes downloadable seventh generation titles, while the former does not.